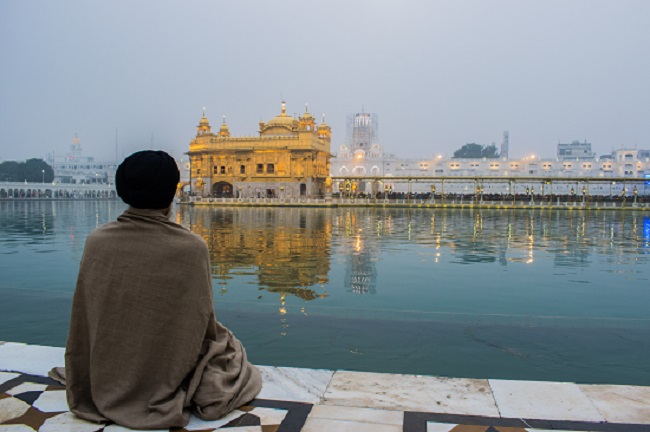 Golden temple does not define Amritsar. Nor does Wagah border.

It is a city with history of warriors and martyrs, of painful partition and bloodshed; of a religion with valiant leaders and gurus spreading the message of peace. Blend old crowded lanes of Hall Bazaar, buzzing Town Hall, colorful turbans, smiling faces, jovial people, a heartfelt language and some highly tempting food.

A visit to Amritsar is incomplete without the taste of history which dates back to pre-independence era, when Sikhs drew their swords against the Mughals. One can get a flavor of it at the Central Sikh museum inside the Golden temple.
Not far by, is the Partition museum which details the chronological events leading to independence from the British and of the most painful and largest partition of India and Pakistan.  It is certainly one of the best preserved museums and goosebumps will definitely follow you here when you listen to whistles of steam engine train and historical speeches continuously being played in the background here.

A visit to Jallianwala bagh will further incite the blood of patriotism, if any.
It all actually happened.

I stood in awe. Amazed. Speechless. The only time this happened to me at a man made monument was at the Taj Mahal. Such was the sanctity, holy vibe and charisma of this place.
Sri Harmandir Sahib or Golden Temple is one of the most revered temple in India and serves gura ka langar round the clock in what is the largest free kitchen in the world.
I sat for hours admiring it. After the sun went down and the gold took over, it just meant more hours. The reflection of the temple shimmered in the lake. The heavens and the earthly met. It was pure magic. 🙂
(I spent my whole day here and came back again the next day.)

*Colorful turbans and smiling faces lit up the area around Town Hall(just outside Golden temple). Besides you can also explore Hall Bazaar which is in walking distance. 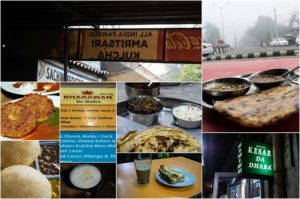 Now what have you even done if not had the world famous ‘Amritsari kulcha’ and explored the great Amritsari food trail. Either you can think of your food diet, defined rules and your increasing waistline or surrender to the most amazing north Indian cuisine.
I gave in.

Restaurants, dhabas and joints here serve the most amazing food. Amritsari Kulcha is a must amongst others which include punjabi thali, aloo-poori, chole-bhature, aloo-tikki, kulfa and lassi.

*I explored the city mostly on foot (had to work on the oil and butter consumed).

Doesn’t matter if you have no clue about Wagah or have no intention to go there. If you are visiting Golden Temple, you will most probably hear chants of ‘Baaggah Border‘ everywhere in the complex area and before you know, agents and drivers there would have already managed to get out the bucks from you and make you sit in the next auto/bus to the border.

The atmosphere at the border is electric. Though rehearsed beforehand, the parade is highly charged from both the sides. Females are invited to run around with Indian flags before all the pomp and display. The songs, chants of the country and the overall buzz may strike a note or two with the blood of the nationality. It is a must visit. Different from any other patriotic experience. 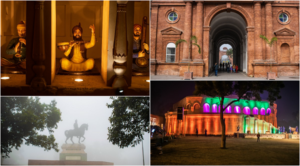 The laser show at Gobindgarh fort, rose garden and botanical garden are other noteworthy places of interest.

Stay : Since i hadn’t much clue, I stayed at a budget hotel which i rented on the spot(now i did have a tough time finding one).  You can stay at the rooms provided by the Gurudwara authorities in the Golden temple complex area itself. They are decent and pretty cheap.

I honestly believe that a 2 day trip would only mean checking out the main places of interest. That has never been my idea of travelling. I need to know the city too. That would mean walking the place as much as possible, talking to locals and enjoying the street food.

It(3 day trip) might not necessarily be true for all places. I usually add a day to what I feel a place would need to be explored.

What has been the highlight of your trip to Amritsar ?